2020 in review: My first year of blogging

2020 was probably a really strange year for a lot of us. For me, I can definitely see the silver linings - I'm an introvert, and so I've loved being able to work from home, as well as spend more time with my elderly dog.

2020 was also the first year that I set out to properly blog, and so I thought it was worthwhile to do a review post of how my year went.

A year of writing: some statistics

My most popular posts on emgoto.com

Ignoring the spikes, you can start to see the volume increasing a bit in the second half of the year, as my posts start to show up in Google search results.

My top three posts were the following:

These aren't particularly exciting topics but they’re all things that people Google for and want to know the answers to. They were also all written in the first third of the year. Since posts take a while to start showing up in Google search, I’m hoping that some of the posts I wrote later in the year will start to gain a bit of traction in 2021 too.

My most popular posts on DEV

After publishing a post on emgoto.com, I will usually also cross-post it to DEV. Initially no one really saw my posts, but as I gained a following this became more of an effective strategy (and something I highly recommend).

This is what my DEV.to dashboard looked like by the end of the year:

I published a total of 57 posts in 2020. This is slightly more than what I published to my own site, since it includes my hackathon submissions and some news/announcement posts.

I will point out that the follower count is a bit of a false metric. DEV originally had a feature where newcomers to the site were automatically followed to 50 other DEV accounts (unless they opted out). My follower count growth dramatically slowed down once DEV changed this feature to be opt-in.

My top three posts (by both views and reactions) were the following:

It’s interesting to see that my top-performing posts on my website aren't the same as on DEV. Generally, posts that apply to a wide range of people do better on DEV, like book reviews, or posts on popular technologies like React.

None of my posts were quite popular enough to become one of the 7 most popular posts of the week but I did manage to get the badge for the most popular accessibility post of the week! 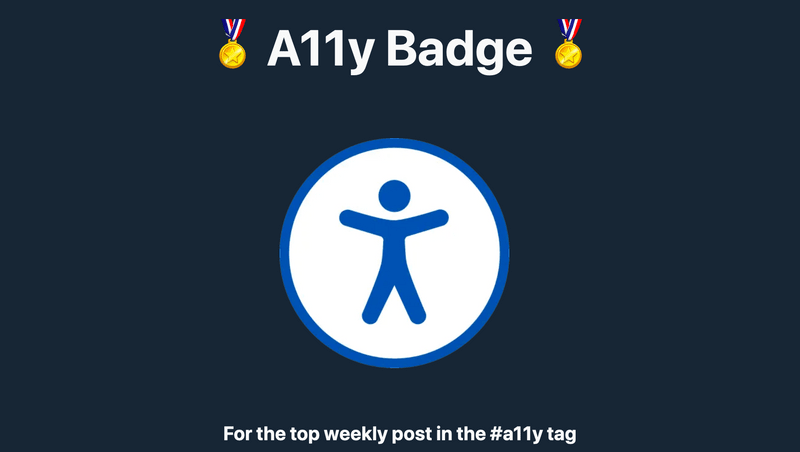 I went from 36 followers on Twitter to 293. I’m not too big of a Twitter user so I’m pleasantly surprised that I have been gaining a small amount of followers.

I added a newsletter sign-up link to my website back in September, and then proceeded to never actually write one. I’m still finding a bit daunting to write something that’s going to end up in people’s inboxes. Right now I have 19 subscribers.

I also dabbled in open source, and made 5 commits to Forem: 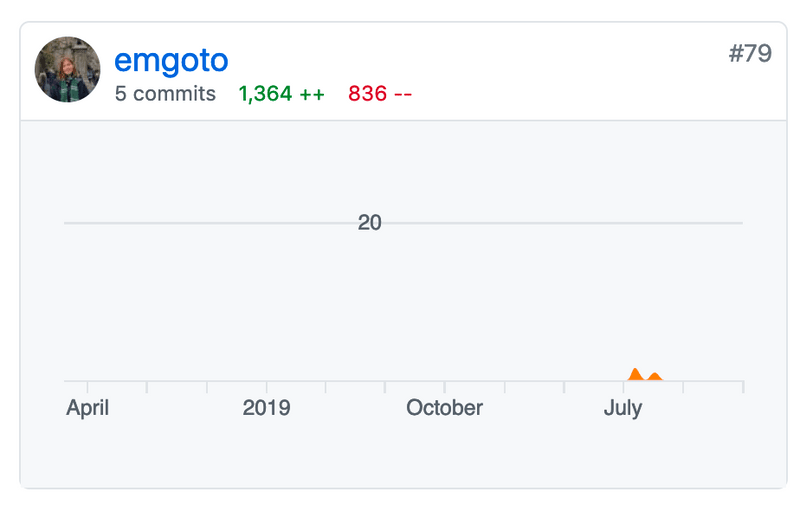 Back in April, I published what I learnt from a 16 week writing streak. On top of that, I would also add two things:

Outside of my consistency in writing blog posts, I had some other successes worth mentioning:

Day-to-day, it doesn’t really feel like I did much in 2020, but looking back, I am quite proud of how many posts I did manage to write. With the 60,000+ views I got across my site and DEV, I think it goes to show that consistency can pay off, and I'm keen to see where this consistency can take me into 2021.

⇠ Next post
My 2020 in books
Previous post ⇢
The Checklist Manifesto: the power of the simple checklist